Technology and the Transformation of Political Violence 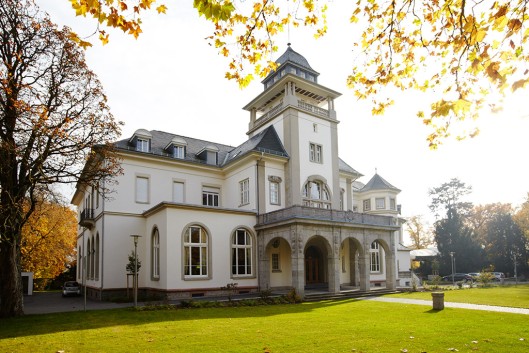 The interdisciplinary conference, co-organized by FONAS and TraCe, examines the impact, control and design of technologies which influence peace and security. Existing approaches towards arms control need to adapt to the changing security landscape, while new civilian and military technologies are changing forms of violence and warfare. Particularly striking areas are cyber warfare and the rapid development of unmanned weapons systems. Issues of nuclear disarmament, missile technology or space weaponry, as well as chemical and biological weapons, are gaining renewed urgency. In addition to the development of new weapons systems, information technology also plays a significant role in the oppression and digital surveillance of civilians during conflicts, and in policing urban space.

Aiming to network under authoritarian actors, civil society is increasingly using social media as a resource to organize cyber protests and to fight for human rights. Apart from acute use in conflict-related contexts, many cases illustrate that technology is increasingly being used by different actors for conflict transformation and to promote peace, aiming to reduce (political) violence in the long term.

In general, all of these issues raise the question of the regulation and proliferation of security-relevant technologies as well as their design. These aspects influence who has access to certain technologies, who can benefit or faces risk by their use.

The interdisciplinary conference Science · Peace · Security '23 aims to facilitate fruitful discussions on current and future challenges in the field of technical peace and conflict research. We seek contributions from the natural and technical sciences, the social and legal sciences, ethics and humanities.

We are looking for contributions on the intersection of science, technology, peace and security, e.g., on

We are looking for different types of contributions:

Submissions (authors, title and abstract) are possible in our submission system (https://easychair.org/conferences/?conf=sps23) until the 15th of March 2023.

The Science · Peace · Security conference series, maintained by FONAS (Research Network on Science, Disarmament and International Security), was launched in Darmstadt in 2019 and subsequently held in Aachen in 2021. In 2023, it will be hosted in Darmstadt again; followed by Jülich in 2025. In 2023 is co-organized as part of the research project TraCe (BMBF-funded research center "Transformations of Political Violence"), following the tradition of IANUS (natural science and technical peace research) at Technical University of Darmstadt.

Technological innovations have geopolitical consequences. This is obvious for military technologies as historical debates about steam ships, air power and missile systems have shown. Also energy systems and their respective infrastructures have been part of the discussion focusing on conflicts about oil and gas as well as the problem of dual use of nuclear energy. More recently, a debate has sprung up about the geopolitics of renewable energies and the Russian invasion of the Ukraine in February 2022 has again proven that the way we design and plan our energy technologies and infrastructures has direct bearing on how conflicts transform and evolve.

Cities are central spaces of violence and its interpretation. They are at the same time scene, target, and site of remembrance of violence. Cities respond to violence by adapting and developing prevention strategies: architecturally and in terms of planning, politically and in terms of social reform, but also in terms of memory and everyday culture. Violent actors orient themselves to the structures of urban spaces by using them for their own purposes or by attacking them specifically. We therefore ask how violence has been expressed in street protests and attacks since industrialization, how forms of action and containment have changed, how protesters, police forces, and onlookers have behaved in violent situations, how rituals of violence have emerged, how they have been interpreted, handed down, transferred across national borders, and transformed, how structural conditions in cities have influenced violence, and how violence in turn shapes urban space.